I saw a public service advertisement some time ago.

A little boy walked straight ahead, surrounded by laughter and warm light.

But when he turned around, his face was black and blue.

The eyes that should have been bright were filled with grievances, fear and helplessness.

His ears were full of threatening orders and scolds. He stopped restlessly and dragged the hem of his clothes.

He said that many people like childhood because it is always full of laughter.

But in his opinion, childhood represents misfortune.

Therefore, "there is not necessarily a worry free garden of Eden, there will also be fear and helplessness." 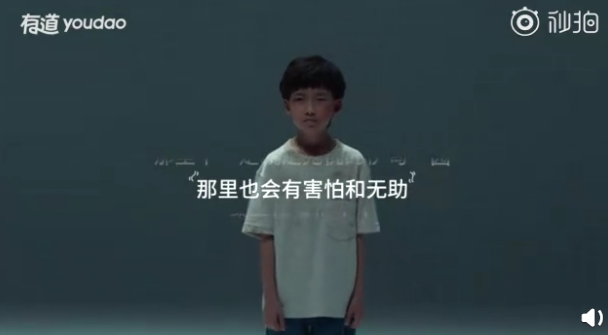 He just wants to grow up quickly.

Maybe everything will get better when you grow up. 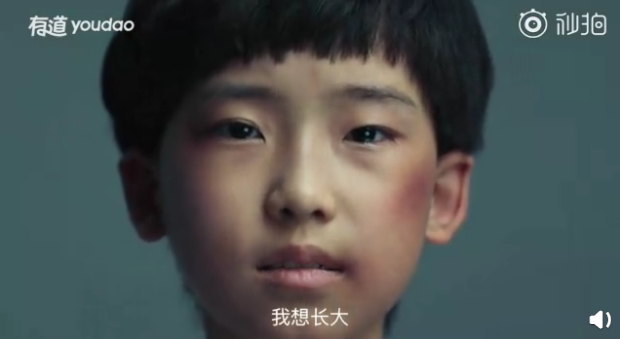 Indeed, when children grow up, they will suffer less domestic violence and recover from their injuries.

But the shadow in my heart is hard to dispel.

"The harm caused by parents is more than the present.

It runs through the years and goes deep into the hearts of children like a needle. "

Beating a child is a very simple action.

The beaten child was physically and mentally injured

I know there is such a question: what impact will parents have on their children?

One respondent told a story.

In primary school, my classmates lost their money.

I don't know why suddenly someone said that when he saw him in gym class, he sneaked back to the classroom.

At that time, the school did not monitor, so he tried his best. He even poured out everything in his schoolbag and turned out all the pockets of his clothes. No one believed that he was innocent.

Later, the teacher called the parents.

Dad came to school and slapped him without saying a word, which made his ears tinnitus.

When he got home, his father picked up the broom and beat him again.

Another time, after finishing the final exam, I had dinner with an uncle.

At the dinner table, the two families talked about their children's grades. Dad heard that his uncle and son's grades were better than him. When he came home, he kicked him several times and said that he was disheartened and disgraced.

It was not until after the college entrance examination that he said goodbye to his beaten career.

I thought my life could finally be on the right track, but when he went to college and came out to work, he clearly realized that his heart had collapsed after being beaten for more than ten years.

"I don't have confidence in what I do, I'm a little hesitant about what I do, and I just want to act according to other people's orders;

I'm used to being wrong all over. I feel like a reform through labor prisoner waiting to be repaired by others; 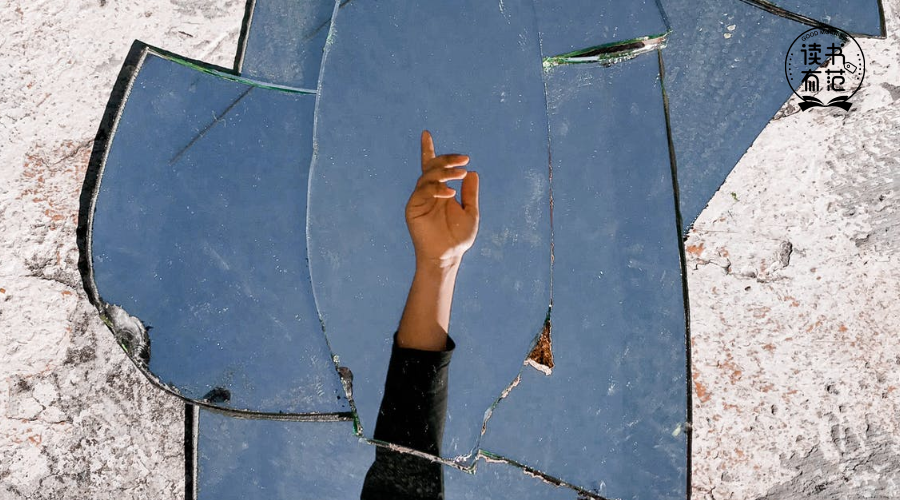 Some parents feel that beating and scolding children is an educational method, but many times, it is an emotional catharsis of parents.

The beaten picture will become the most terrible past in the child's young life, breaking the child's spiritual world from the inside out.

Under their parents' fists, they are powerless to resist, can only internal friction, and even give up themselves.

My friend Xiao Chen is a psychologist. She told me a story.

In primary school, she became good friends with a girl. The girl's parents always beat her because of a little thing, so she is always timid, seldom speaks and seldom smiles.

When she was in the second grade of primary school, she accidentally scratched on the white skirt her mother bought her with a color pen. She made a red mark on her clothes and cried all afternoon.

Before school, she wrote a farewell letter to Xiao Chen, saying:

"I may not be able to come to school in the future. I hope you can remember me forever."

Although the girl came to school the next day, the back of her calf was covered with mottled wounds from whipping.

After graduating from primary school, the two were assigned to different schools and rarely met again.

When Xiao Chen came home from work, her mother told her that the girl was slapped because she contradicted her parents and jumped out of a building that night.

Many people think that this girl has a glass heart and makes a mountain out of a molehill.

But Xiao Chen will never forget the fear and despair in the girl's eyes when the girl handed her the "farewell letter".

I once saw a sentence on the Internet:

"No matter what the name is, the only one who will pay for it is the child himself."

Parents' fists and feet face each other, accumulated over time, like a series of rear ends on the highway, causing children to be hurt constantly.

And the child's life is difficult to heal the huge trauma in his heart.

Parental violence can also be passed on to children

Children who are often beaten and scolded will not only make them weak, inferior and pessimistic, but also go to another extreme:

"Those children whose limbs are destroyed and neglected are likely to become very violent attackers when they grow up."

In the 1960s, Albert Bandura and his collaborators conducted a "Bobo doll experiment".

They looked for 66 children aged 3-6 and divided them into two groups to watch a video.

The first group of children, the video they saw, was an adult beating a doll in the room with violence.

The children in the second group saw an adult playing quietly in the room.

After watching the video, the staff took the children to another room and let them play freely in the room.

It was found that:

Those children who watch others play quietly will not attack no matter how naughty they are.

And many of the children who watched others commit violence had aggressive behavior, even girls. 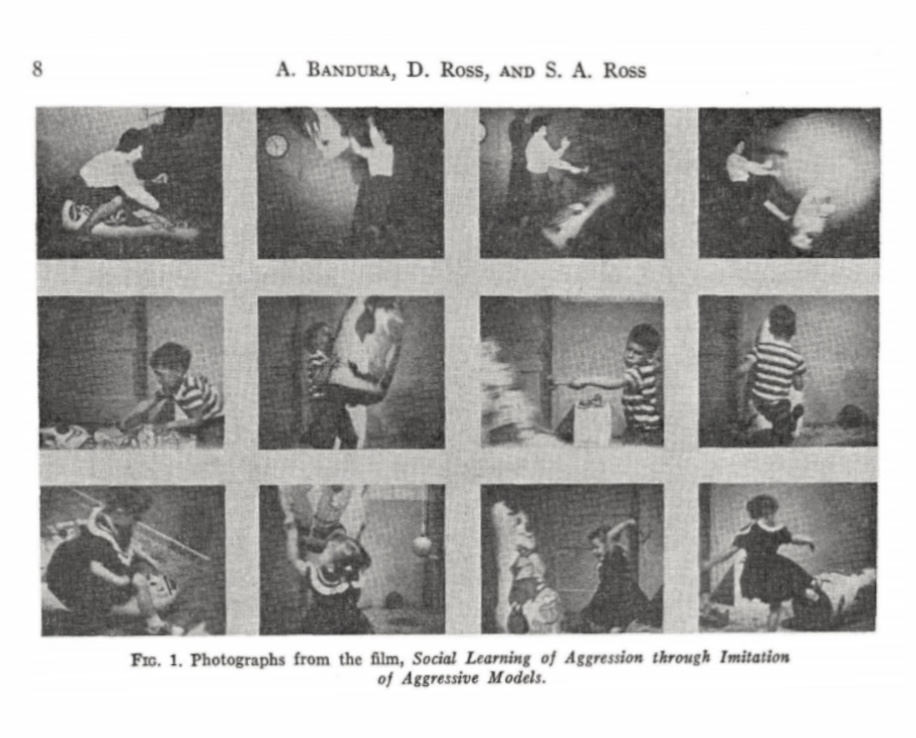 In fact, parents beat their children for the same reason.

It is precisely because children who live under violence learn from others that they will gradually take violence as a way to solve problems.

In the film angry bull based on the true story, the generation champion Jack lamota is often beaten by his father, with many physical and mental scars.

When he grew up, his mind had been distorted.

The whole person is inferior, suspicious, arrogant, jealous, manic and aggressive. He can only solve problems with violence.

He didn't trust his wife, he would slap his wife and beat his younger brother violently, and he was full of ill-will.

As a sentence in the documentary mirror:

"Every child is born with a blank sheet of paper, and the parents are the painters.

The key to what white paper looks like is parents. "

It is like an endless reincarnation, constantly copying on children.

When children learn to raise their fists, it is the beginning of another tragedy.

Children's excellence is not made by typing

A truly lasting and effective education comes from the love and wisdom of parents.

Academician Zhong Nanshan talked about his childhood experience when he was interviewed by everyone.

When he went to school, his lunch was provided by the school, so he had to pay a board fee to the school.

Once, his parents gave him the money, but he was greedy and took the money to buy snacks.

Near the end of the semester, his mother wanted to see how much money he had left for meals at school. Zhong Nanshan confessed that he didn't give the money to the school, but spent it himself.

When his mother told his father about this, he suddenly felt that he was about to suffer, and his father would definitely beat him up. 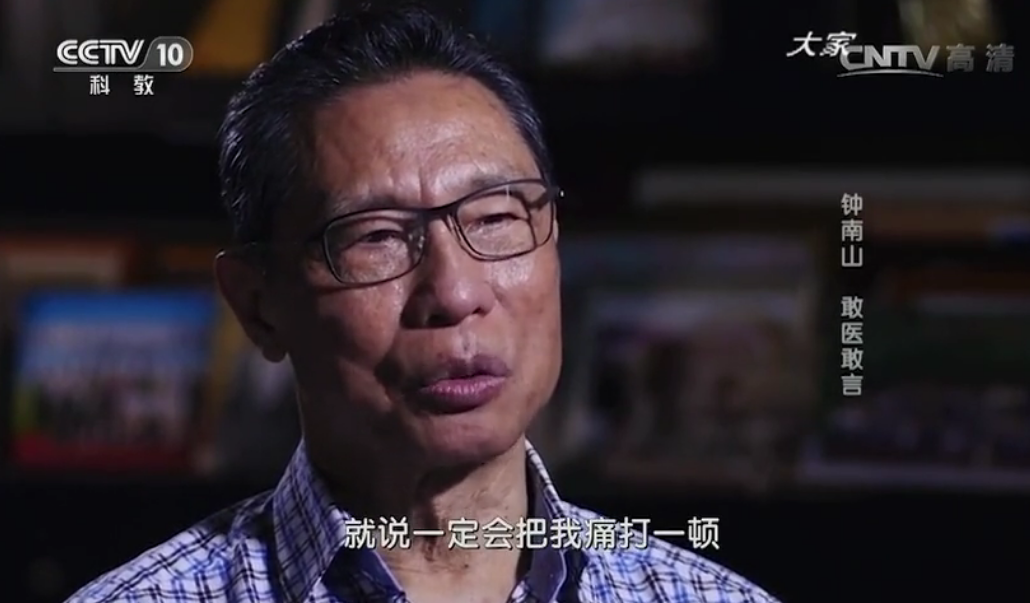 But his father just asked him:

"Nanshan, think about it. Did you do it right?"

Zhong Nanshan said that his father's words were more exciting than beating him.

Although his father didn't scold him or beat him, he made him seriously reflect and realize where he was wrong.

Since then, he has never done such a thing again.

"If you hit a child, you're telling them it's a way to deal with the problem.

But if you use other methods of discipline, you can teach children higher cognitive skills, self-control, causality and logical thinking. "

What affects children's growth is not parental discipline, but wrong discipline methods.

If the method is correct, the child will not get hurt, but will grow up.

When a child does something wrong and doesn't do well, he will only communicate and guide patiently.

"The ugliest act of force in the world is that adults beat children, which is bullying," he said

Without beating and scolding, his children are better than many of their peers.

His son Zheng Yaqi began to support himself at the age of 18 and is now an entrepreneur.

Daughter Zheng Yafei, a real Xueba, was admitted to six well-known universities in the United States and won a full scholarship.

Children's excellence is never made out.

As an English proverb says:

The attitude of parents towards their children determines his fate.

Parents' guidance and setting an example are the nutrients most needed for children to become better.

The elements that determine who a child will become in the future are permeated in the words and deeds of parents.

I hope that when all children recall their parents, their hearts are full of warmth and courage, not sadness and disappointment.

Participate in good morning and good night punch in

If you think the article is good,

Welcome to share and forward to the circle of friends

(the article is reproduced with authorization).