Only when Zhang, Dean of Tsinghua University, stole a photo, did I know what real nobility is 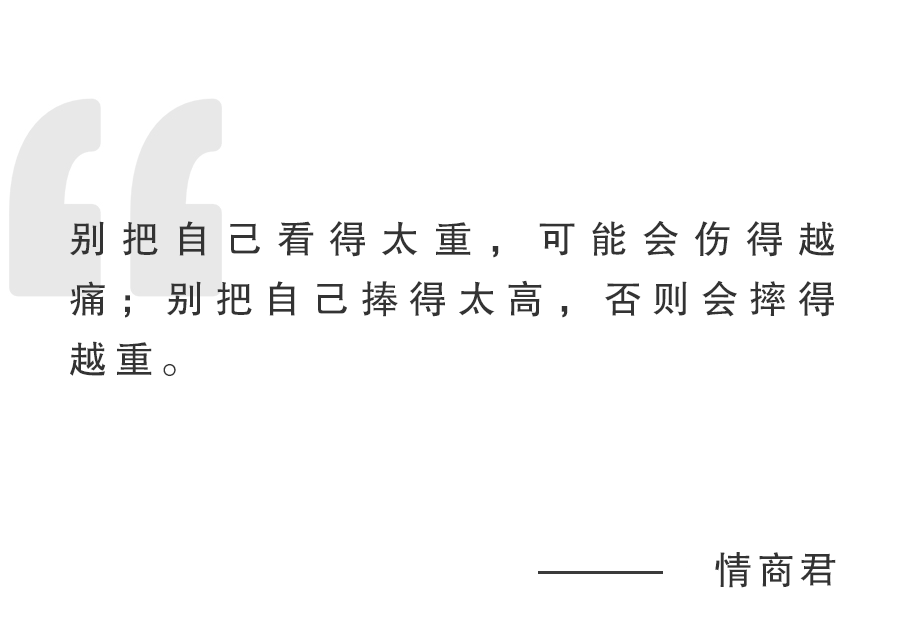 Last month, Tsinghua School celebrated a dance in which the people make complaints about the dance.

A netizen photographed a figure riding a bicycle to participate in the school celebration on the Tsinghua campus.

It was later confirmed that the man wearing a suit and riding a bicycle was Professor Qian Yingyi. 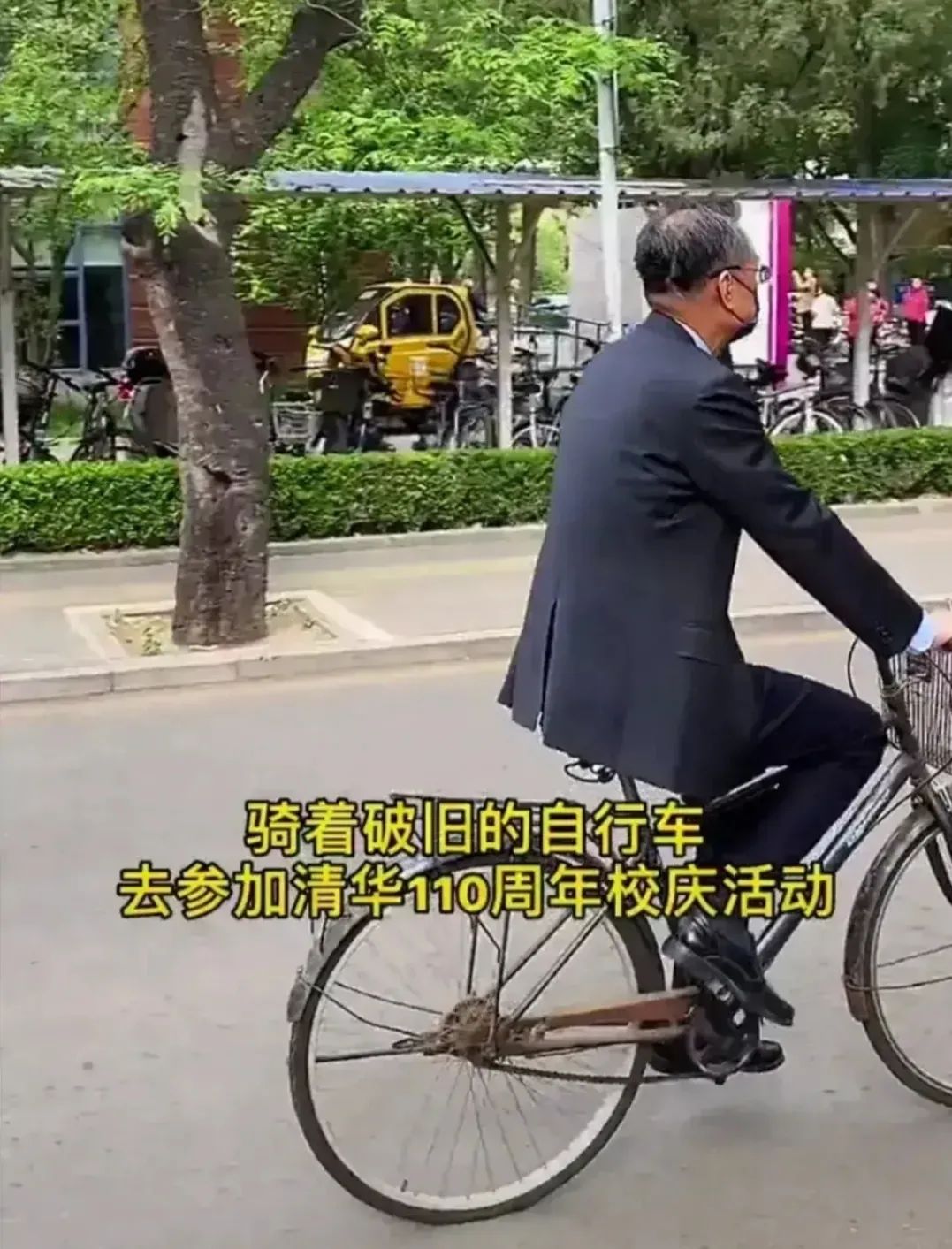 Who is Qian Yingyi?

His most famous title was probably from 2006 to 2018, and he served as Dean of the school of economics and management of Tsinghua University for 12 consecutive years.

But what more people don't know is that the 65 year old doctor of economics is the first batch of college students after the resumption of the college entrance examination.

After graduating from the Department of mathematics of Tsinghua University, he successively obtained master's degrees from Columbia University and Yale University, and then transferred to Harvard University for a doctorate in economics.

In 2002, Qian Yingyi took a large number of returned economics professors to teach in the school of economics and management of Tsinghua University.

During his 12 years as president, he did not bring a doctoral student or apply for a scientific research fund.

Professor Qian Yingyi put most of his energy on education reform.

When he stepped down as president, he said: "this is the 12 years of my life and career."

Such a high-ranking and successful person rode an old bicycle to participate in the school celebration.

No wonder some people sigh: "this is the face and dignity of Tsinghua University".

Of course, after the popularity of the video, there are still many people who like to be picky and opinionated that "this shows that his home is very close to Tsinghua University and can be reached by bike. What conditions are not clear at home?"

It only makes sense, but it looks too superficial and sour.

Who stipulates that you must ride a bike if you live near? People who really like ostentation can't wait to put a red carpet on a mountain road.

What's more, if a person who has worked in Tsinghua University for more than ten years has a close real estate, what is there to be angry about?

Those who really have knowledge and self-restraint will never deliberately show off. On the contrary, they are often the people with the least sense of identity.

This professor who doesn't take himself seriously at all has taught me what real nobility is.

I saw a funny picture on the Internet before.

When a young idol was traveling, he was dressed in black clothes and trousers, and his hat and mask were not enough. He had to pull up his collar to cover his face.

Surrounded by a lot of security guards in front of and behind him, he was protected hand in hand, and the pomp was comparable to the top flow of a line.

But the problem is that there is not even a fan at the scene except security guards, brokers and assistants, and passers-by is calm and indifferent. 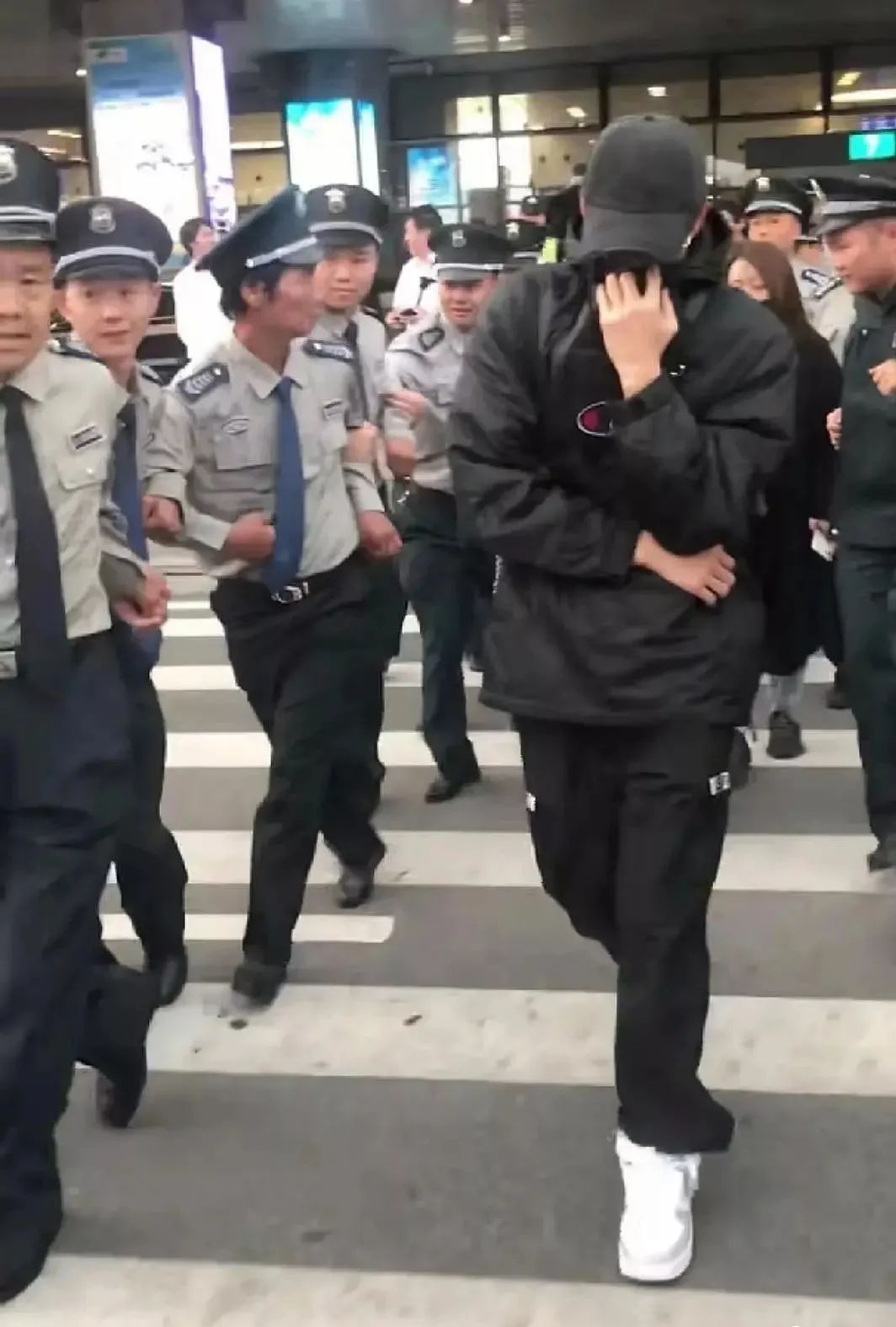 This kind of person who takes himself too seriously and causes absurd pictures is not an example.

A few years ago, well-known Korean actresses went to Hong Kong to participate in activities. To

Before departure, because I was afraid that too many fans would be crowded, I specially asked the Hong Kong organizers to arrange more than 20 bodyguards.

However, after they got off the plane, they found that there were only a dozen fans who picked up the plane at the scene.

Finally, there are more bodyguards than fans, and they themselves have become the source of congestion.

There were also stars attending the event. From the roadside of the mall, the bodyguard wall caused inconvenience to passers-by. They not only didn't apologize, but also shouted at passers-by, "in front! Lean to the side!"

You will find that those with lower cognitive level are more likely to overestimate themselves.

On the contrary, those who really have strength are often humble and low-key.

Among the winners, Zhang Wenhong was impressively listed. He won the special anti epidemic award of "medical ethics model".

Numerous media rushed to the scene, but Zhang Wenhong was absent at the award ceremony.

Why didn't you get the prize?

"I cherish such honor and affirmation, but I arranged the class time earlier this year, and the students are looking forward to class.

I am a doctor and a teacher. For me, it is indispensable to treat the sick and save people. I try not to ask for leave in class for students.

Now there are many things. We often have to "crash". We still have to go to class after thinking about it. Otherwise, changing classes and changing time will bring inconvenience to students and other teachers. "

In order to teach students, Zhang Wenhong, who is low-key and absent from a prestigious award ceremony, reminds people of a sentence he said last year:

"After this, don't listen to me. It's over

Let's have a look at the hospital. The one walking around the root of the wall is me. " 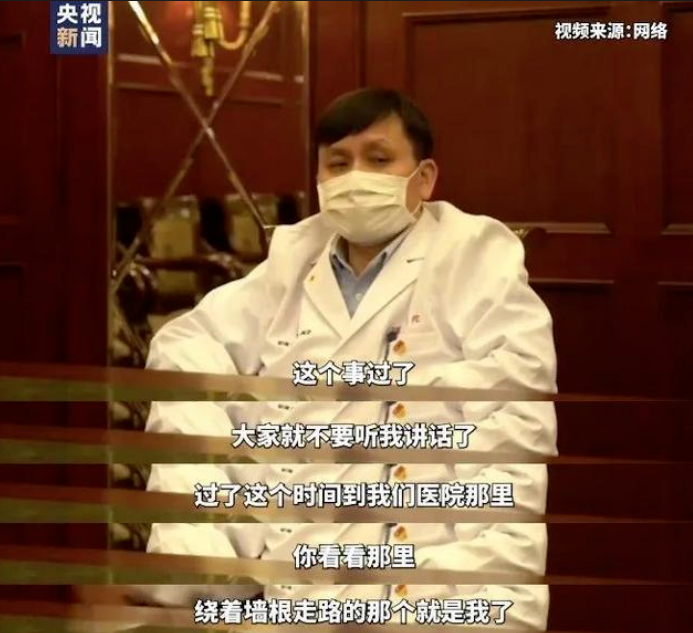 When you need to stand up and read in the corner when you are stable, Zhang Wenhong is admirable.

The so-called family style is probably nothing more than that.

A really powerful person will never think too much of himself.

Because he has an accurate self-awareness, he knows that there are days outside the sky and people outside the people. Without the earth, everyone will turn as usual.

I know that the author @ Lu Hanbing talked about such an experience.

Once, she went to a colleague's house as a guest.

My colleague hired a nanny at home. She is old and inconvenient to move.

The colleague accompanied her to chat with a smile while directing the old nanny to do this and that.

The old nanny was busy and frightened.

Suddenly, my colleague was furious because of a small matter: after the glass dining table was wet with fruit, the nanny didn't wipe it with toothpaste as she said.

The colleague said to the nanny fiercely, "wipe it with toothpaste three times until you can shine your shadow!"

The nanny quickly took out toothpaste from the bathroom, but accidentally knocked over the basin and fell to the ground.

The colleague didn't even move his eyelids. He turned his head and talked to Lu Hanbing with a smile.

After discovering that his colleagues would "change their faces", Lu Hanbing did not dare to touch him closely anymore.

Why do I advise you not to take yourself too seriously and stay away from people who pay too much attention to identity?

Because those who like to talk about "identity" often have two faces.

They are superior to the weak and flatter those who are stronger than themselves.

The contrasting attitude not only exposed his self-cultivation and quality, but also exposed his ignorance and shallowness.

Such people will only narrow the road.

A proud university professor wrote a manuscript and sent it to the publishing house. He was very confident.

Because his title alone occupies most of the page.

But after waiting for several months, the publishing house didn't reply, so he took the initiative to urge.

After the editor of the publishing house took pains to copy more than 20 titles of university professors, the text only returned 8 words:

On the other hand, after writer a Yi became famous, his works were translated and distributed in many countries.

He was ashamed when others mentioned his identity as a writer.

"A writer is a heavenly profession for Shakespeare, Tolstoy and Stendhal

They left it. I don't deserve to share an identity with Shakespeare.

It was I who lowered the standards of writers. "

Two stories and two lives seem to verify a cognitive bias in Psychology: the dak effect.

The lower the ability of people, the more likely they are to overestimate themselves; People with higher ability tend to underestimate their ability.

Only when a person really has a certain ability and really understands what this ability is, can he have a way to make a relatively accurate assessment of whether he has mastered this ability.

Those who do not have this ability cannot realize their lack because they do not understand what this ability is all about.

As a saying goes, don't take yourself too seriously, you may hurt more and more; Don't hold yourself too high, or you'll fall harder and harder.

When you begin to admit ignorance and stop looking at yourself, you can have a broader life.

School of economics and management, Tsinghua University: Qian Yingyi: life has no ifs

The number of articles is over 300

The editor will select any two readers

Give each one a copy of "don't let me hurt you"

Welcome to the comment area and leave a message 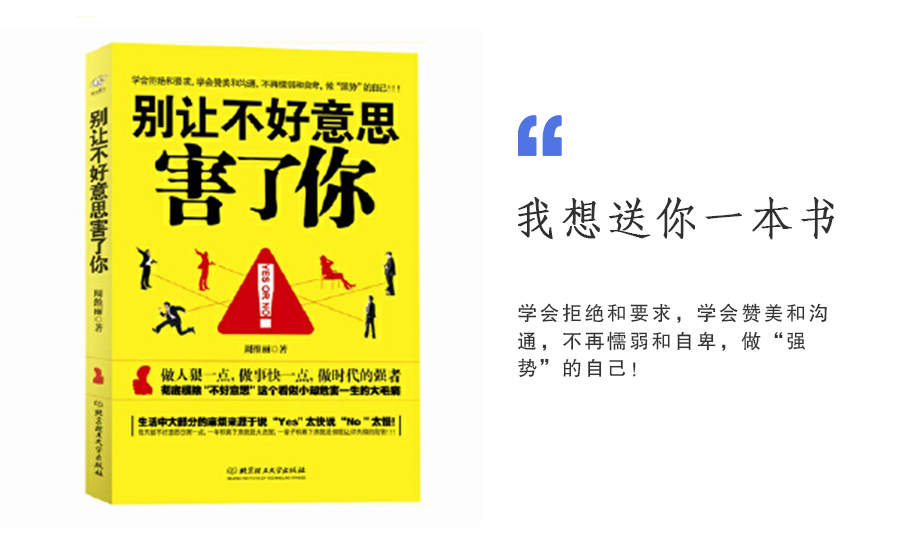 How many of the six most comfortable positions in bed have you done?

The more dark people are, the more they like to talk about these three topics. Stay away from them and don't make friends

People, why not happy? Every sentence pierces the heart 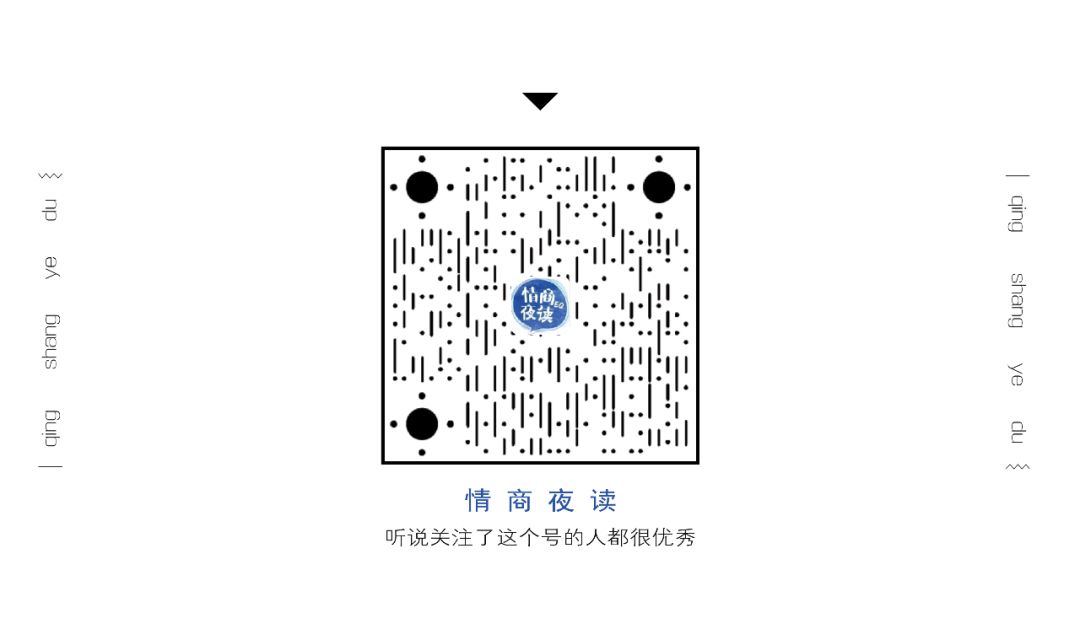