For the third time in the history of the Champions League final, the civil war of the Premier League team was staged. The deeper blue, the blues Chelsea laughed to the end! 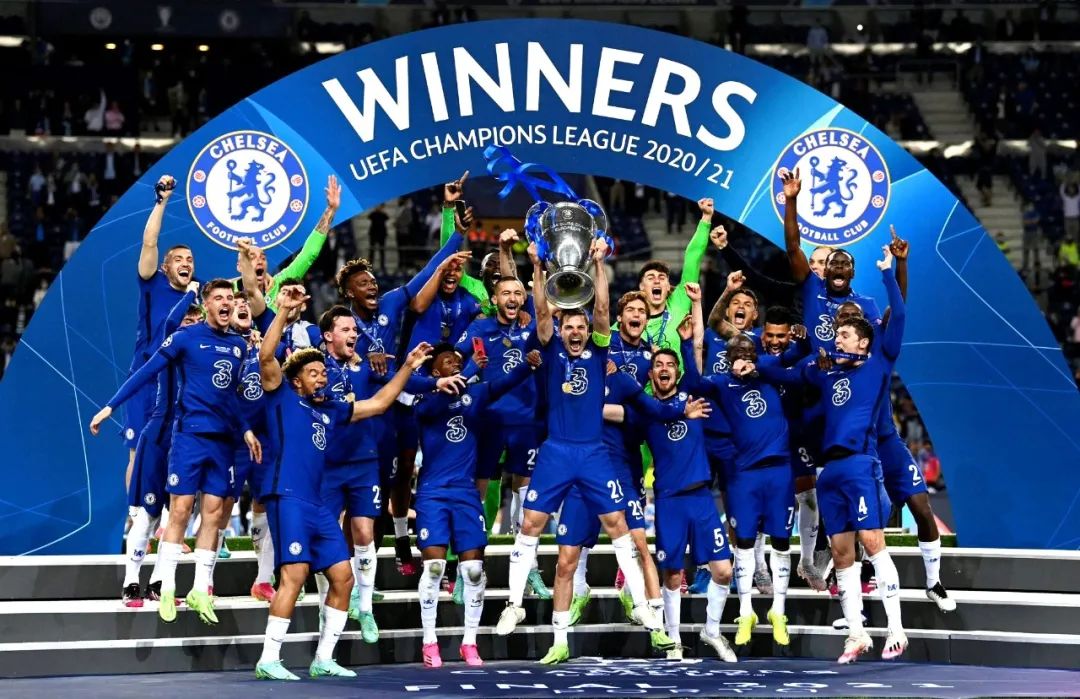 In the early morning of Beijing time, Chelsea fought with Manchester City for 90 minutes at the Dragon stadium in Porto. With Hafez's one-way winning goal, Chelsea beat the blue moon 1-0, won the Champions League again after 9 years and regained the top of Europe. 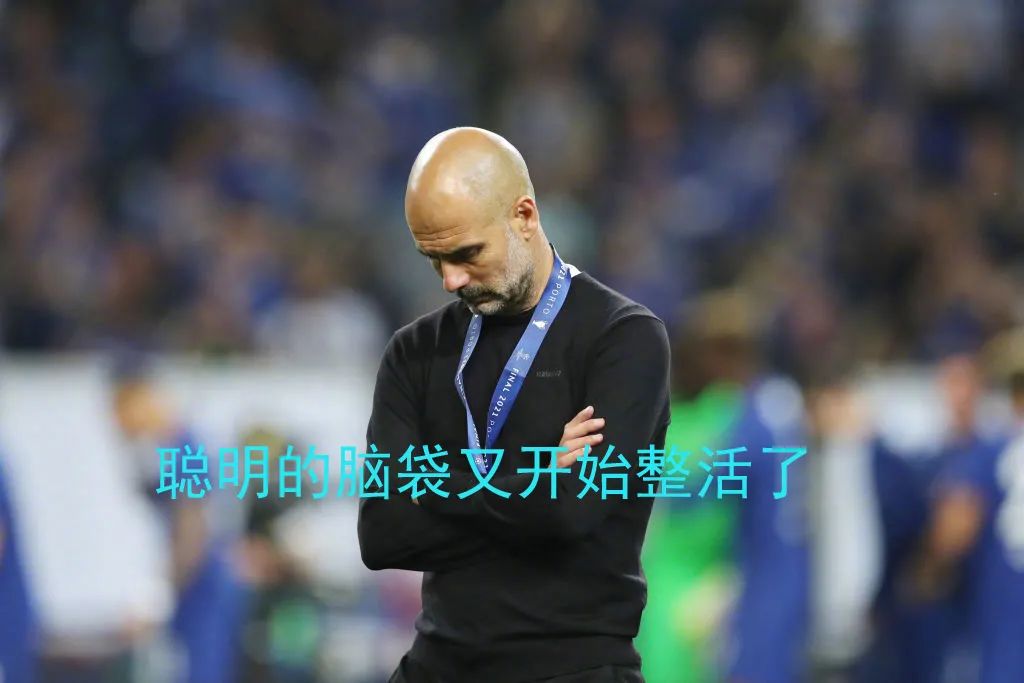 One of the biggest disputes is that Rodriguez, the main defender of 53 appearances in various events this season, did not start. Jingduo'an, de Brauner and Betsy played three midfielders. He only started once in the past six Champions League knockouts. Stirling, in a very general state, appeared in the left front position of the starting lineup.

In the first 15 minutes, sterling and Werner missed an opportunity respectively, and the "Wolong Phoenix" deserved its reputation.

In the 42nd minute, Chelsea got the chance. Mount sent a long-distance straight plug. Hafez passed the attacking Edson with a single knife and easily shot an empty goal. Chelsea took the lead 1-0. This is also the first goal of Mr. 80 million in the Champions League.

In the second half, guashuai replaced fernandinho, gersus and Aguero, but it was too late to equalize. Chelsea beat Manchester City 1-0 to win the Champions League. 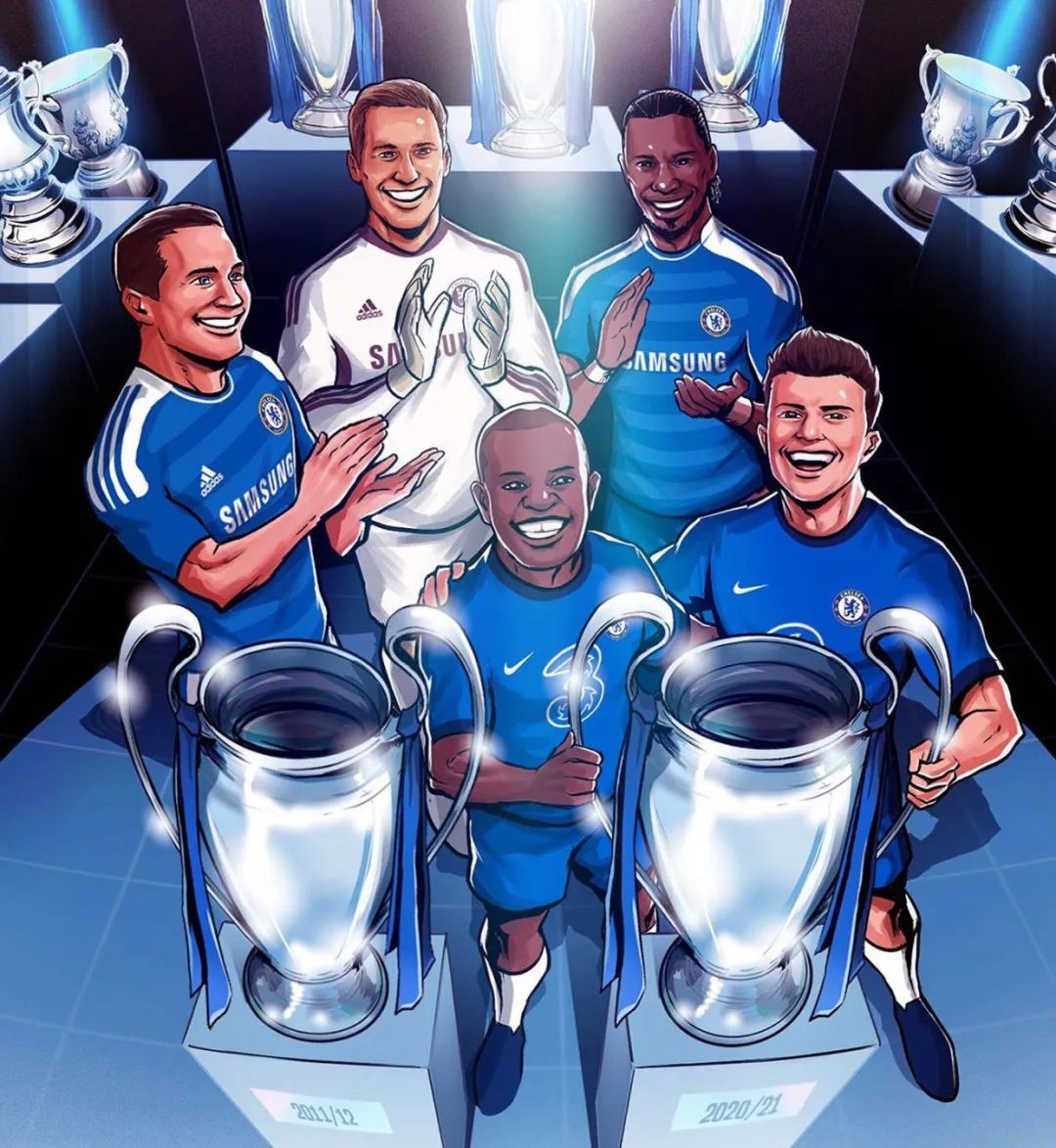 In the 2007-08 season, Chelsea reached the final for the first time under Grant's leadership and lost to Manchester United in a penalty shoot out at Luzhniki Stadium in Moscow.

In the 2011-12 season, Chelsea entered the Champions League final for the second time in history. They faced Bayern Munich at the Munich Allianz stadium. With Drogba's header, the blues beat Bayern at 4-3 points in the penalty shoot out for the first time.

Two Champions League winners, two different periods of Chelsea have many similarities. First of all, Chelsea change managers in the middle of the season: Di Matteo replaces boas in 2012 and tuhull replaces Lampard in 2021.

Secondly, Chelsea are not favourites to win the title. The odds of winning the title are not hot. They all counter attack and win the cup without being favored by the outside world.

Chelsea's change of command in January this year proved to be a great success. Since taking office, tueher has led the team to 30 games, 19 wins, 6 draws and 5 losses. Among them, the Premier League has 11 wins, 5 draws and 3 losses, and the ranking has risen from 8th to 4th. Five wins, one draw and one loss in seven knockout games of the Champions League, and won the Champions League. The FA Cup also reached the final, with a 1-0 loss to Leicester City.

Tueher also set a record and became the first coach to win the Champions League in the middle of the season (Paris Saint Germain). This is also the first Champions League champion of the German young coach's coaching career. Is it too late for greater Paris to regret at the moment? By the way, Tiago Silva, who has not renewed his contract with greater Paris, also realized his dream of Champions League after joining Chelsea. 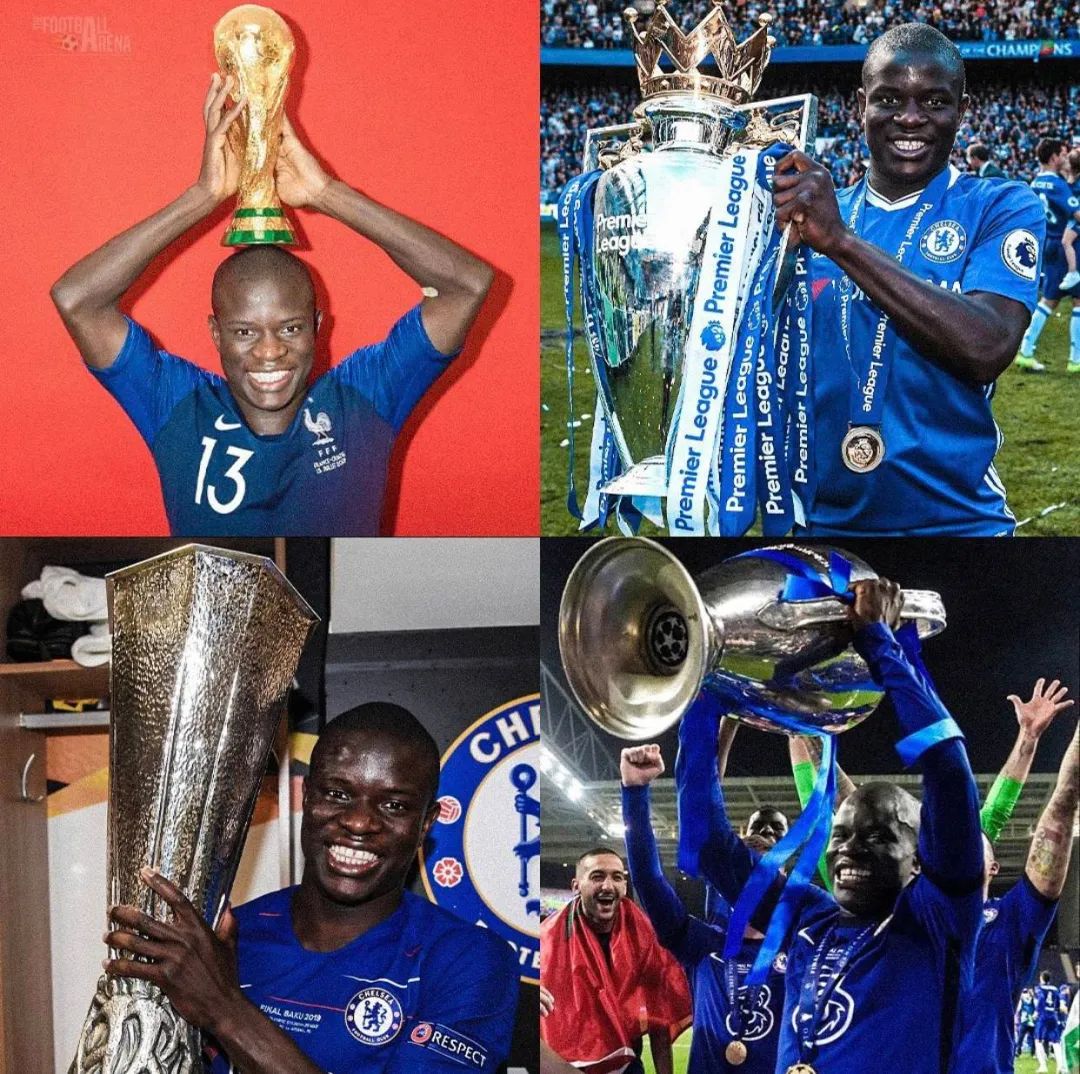 The whole Chelsea team performed well, especially Cantor, who was officially named the best player of the game by UEFA. Statistics show that Kanter has succeeded in 8 ground confrontations, 7 aerial ball contests and 4 wins. In addition, there are 2 breakouts, 3 steals, 2 intercepts and 2 dribbling.

Moreover, Kanter ran 12.04 kilometers in 90 minutes, the highest among all the players in the game, and is worthy of being a man covering 30% of the earth.

Hey, hey, brother meow recommended it to you 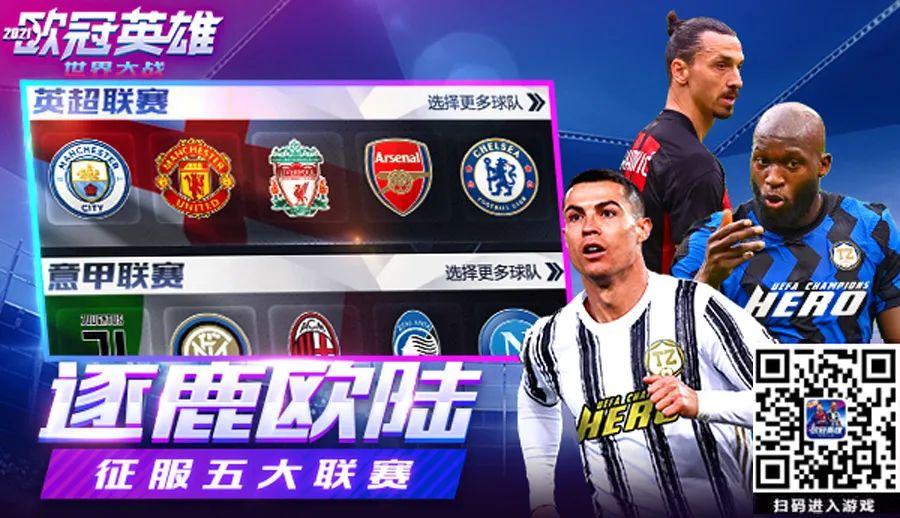 No need to download, scan the QR code above to directly enter the game, fast

Lead your home team on a journey to conquer Europe! 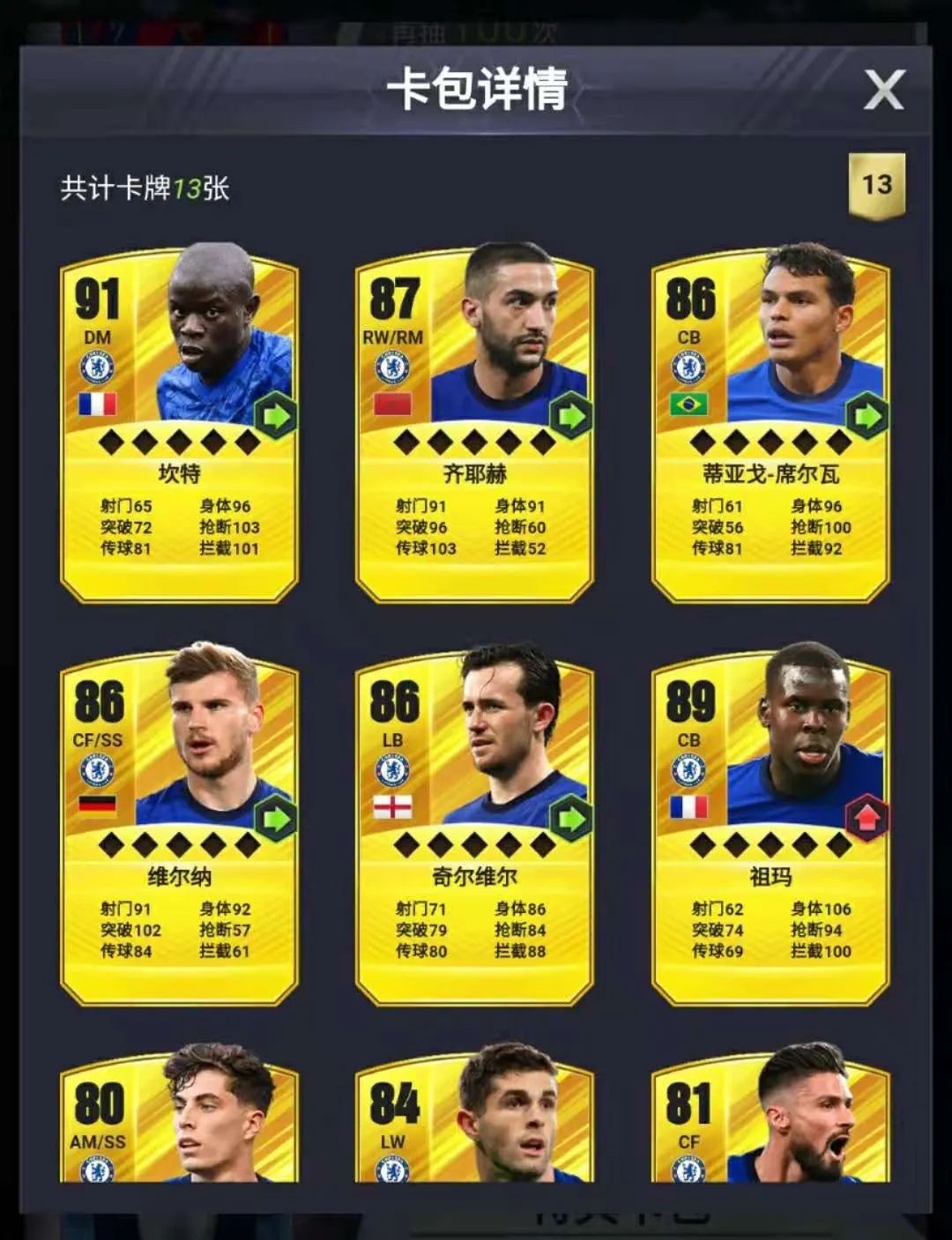 Draw the card to win the golden card player of Chelsea, and meow draws the auxiliary hero - Blue Prince mount.

The original European football game doesn't feel too good to dominate in it. Does anyone dare to PK with me? Hurry

Scan the QR code below the picture